In Musical Theater, the Adapatation's the Thing 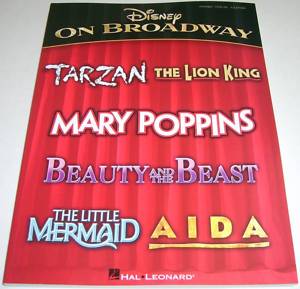 What do Stephen Sondheim’s Pacific Overtures, William Finn’s Falsettos and Bill Russel’s and Henry Krieger’s Sideshow have in common?  They all belong to a rarified group of broadways shows that were not adapted from preexisting properties.

But theater, after all is still a business, and while true inspiration is in the eye and ear of the creator, true pre-marketability is foremost in the minds of producers and investors.  And that’s understandable.  With production costs soaring into the tens of millions of dollars, who wants to put money into some property or concept that hasn’t been market tested?

Thus, the adaptation’s the thing.  Presenting investors with a commerically proven subject area considerably ups the odds of an actual production. Adapting a successful film, television show, book, short story, or even comic (Spiderman, of course, comes to mind – but leave us not forget the 1960s Superman), provides a ballast when pitching to money men (or Angels), not to mention mitigating the need to over rely on their imagination.  Additionally, presenting a potential musical vehicle as part of an preexisting, larger franchise or catalogue, makes a great case for increased, and follow-on investment opportunities.

Does Broadway love adaptations and franchises?  You bet! Lion King meet Beauty and the Beast, Aida– and Little Mermaid and Tarzan, and arguably, Mary Poppins.  No coincidence here. Disney’s animated film adaptations of children’s stories, re-adapated for the Broadway musical, are tourist and kiddy catnip. (Like investors, tourists typically want to spend their vacation dollars on a known quantity).

The Disney franchise may have been weakened a bit by the less than stellar Little Mermaid - and certainly Tarzan - both falling below ticket sales expectations.  But as any parent of the last 20 years can tell you, the Disney franchise of adaptation still has plenty of juice left.  Hopefully, Disney will  forego an adapatation of the animated film version of “Hunchback of Notre Dame”, sparing us a deaf Quasimodo belting out love ballads (not to mention the choreographic temptations of all those bells and ropes).

Composer, Frank Wildhorn and lyricist Leslie Bricusse, (whose investors, one speculates, desired to emulate Andrew Weber’s success with his musical adaptation and entry into the horror franchise, Phantom of the Opera), made a big commercial splash with their adaptation of Robert Louis Stevenson’s book The Strange Case of Doctor Jekyll and Mister Hyde.  Running, 1,543 performances.  Jekyll and Hyde’s success begged for a follow-up adaptation.  The appearance of Dracula, the Musical, Wildhorn’s next vehicle in the genre  - celebrating another highly-sexed maniac who relishes the night-life) -  was probably not a huge surprise to Broadway theater-goers.


And surely, the appearance of Young Frankenstein was not a shocking development in lieu of the mucho mega-hit that was The Producers -  signaling the start of a Mel Brooks franchise adaptation series.  Young Frankenstein, in fact, is a serious contender for the Most Adapted Show of the Decade!!; being an adaptation of  Brooks’ film from 1974, which is a satirical adaptation of the 1931 James Whale film, which is based on Mary Shelley’s gothic novel of 1818, which, itself, is based on the Prometheus legend from Greek Mythology.

But, commercially speaking, Young Frankenstein faring only a fraction as well as the The Producers, may have tabled the continuance of the Brooks broadway brand.

Which is to say, you probably shouldn’t worry too much about holding your breath for the “Flatulence Fandango” adapted from the cowboy bean-eating scene for Blazing Saddles, the Musical! 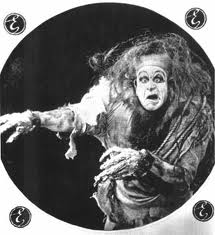 Posted by Charlie Greenberg at 8:50 AM